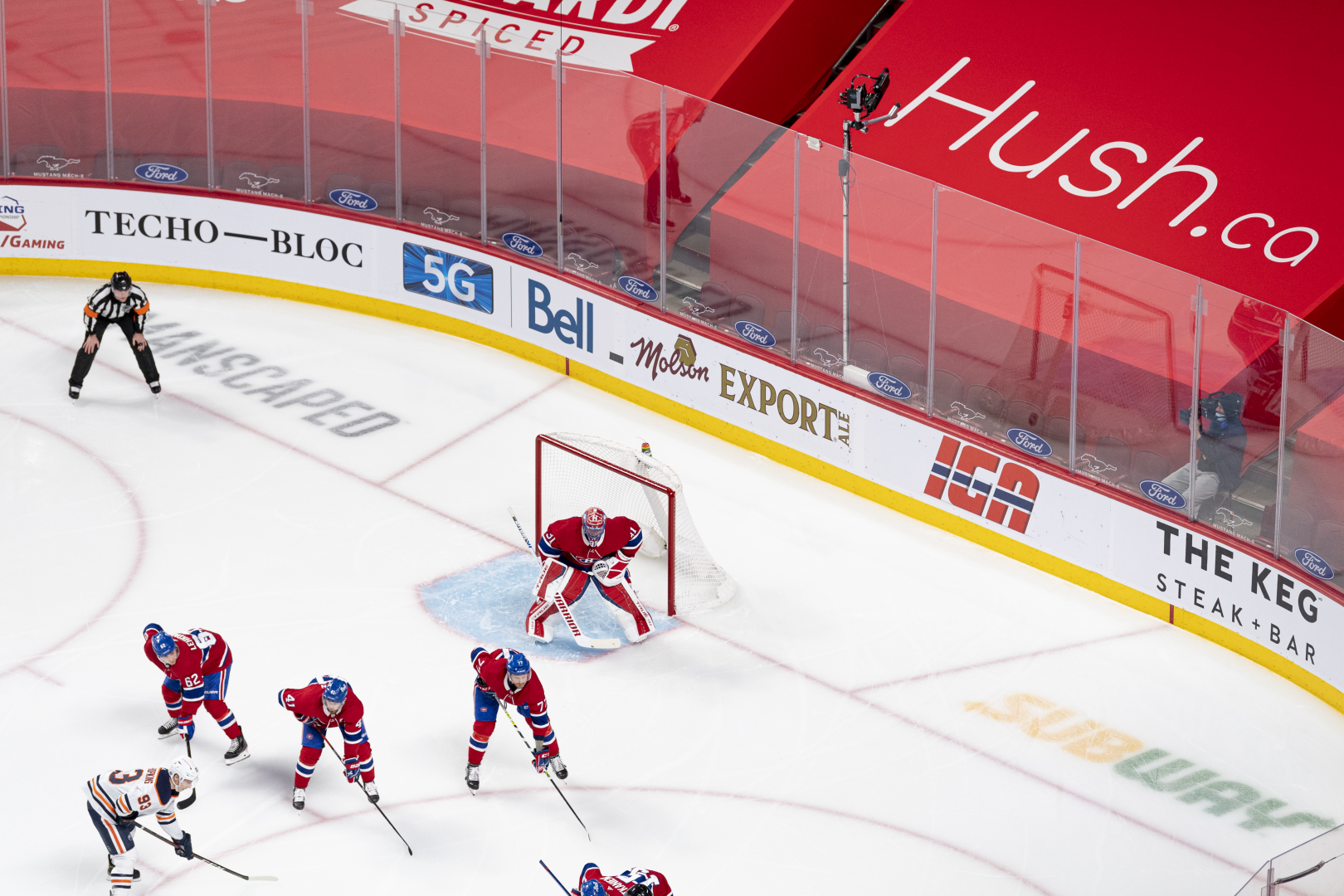 Toronto-based bootstrapped brand Hush Blankets is now the exclusive weighted blanket sponsor of the Canadiens. Financial terms of the one-year deal, the company’s first with a pro sports team, were not disclosed, but the level of spend by Hush for the ‘20-21 season was “on par with all of our other partners for the tarp location” and “a significant investment” for Hush. That is according to Kris Mychasiw, Senior Dir of Partnerships for Montreal-based Effix, the exclusive advertising and sponsorship sales agency for the Canadiens. “We’ve spoken to NHL teams in the past, and it was kind of like, ‘Here’s our rate card, take it or leave it,’” said Hush co-Founder Aaron Spivak. “With Montreal, they were really invested in who we are as a brand, what our mission is and they loved our giveback program.” He added the deal could assist with getting Hush further into the Quebec market. The sponsorship is largely centered around the company-branded seat covering – which promotes the company’s Hush.ca website — in the Bell Centre lower bowl. Hush, which also has marketing rights within the 75-mile radius around Bell Centre, will be visible on the physical tarp during 24 Canadiens home games and 18 AHL Laval Rocket games at the arena.

USE YOUR INDOOR VOICE: Hush’s website domain is currently HushBlankets.ca, but the brand is in the process of launching Hush.ca. Spivak noted the Canadiens’ sponsorship created a unique opportunity to track how many consumers visited the website after seeing the Hush-branded signage. That is the only advertisement — physical or digital – anywhere directing people to Hush.ca. The Canadiens on Feb. 4 hosted the Senators, the first time the covering made its appearance on broadcast. Twenty-five percent of all site traffic that day could be attributed to the game, Spivak said, while 25 sales were made throughout the contest. For the second game on Feb. 10, against the Maple Leafs, Hush saw 39 sales and 40% of all site traffic being attributed to fans noticing the tarp covering. Spivak said, “If we end this campaign, let’s say break-even or below break-even, we wouldn’t consider it a negative. That’d still be incredible. … We’re trying to see an overall lift of interest in the brand and people taking action.”